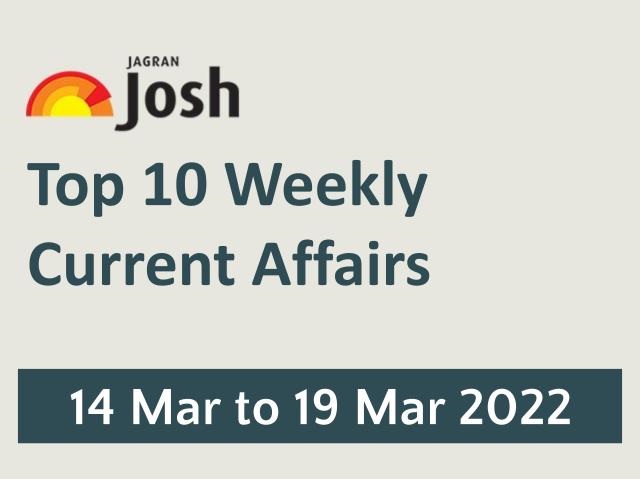 BAFTA Award 2022 for the ‘Best Picture’ went to the Power of the Dog while Will Smith took home the ‘Best Actor’ award for his performance in King Richard. Belfast won the ‘Outstanding British Film Award’ and Encanto took the BAFTA Award for the Best Animated Film. Check the complete list of BAFTA 2022 winners here.

The fastest 50 has been scored by India’s Rishabh Pant in the Test Cricket. He has surpassed Kapil Dev’s record. Pant achieved the feat during second India vs Sri Lanka Test Match in Bengaluru. Rishabh Pant’s 50 is also the fastest fifty in the world. Kapil Dev had held the fastest 50 records for India against Pakistan in 1982.

Precautionary dose begins for all above 60

The Government of India has removed the co-morbidities clause for administering precautionary doses of the COVID-19 vaccine to those above 60 years. The precautionary doses are now available for all those aged 60 years and above from March 16, 2022.

The High Court of Karnataka dismissed various petitions challenging a ban on hijab in educational institutions. The High Court, in its judgment also stated that wearing the hijab is not an essential religious practice of Islam. The pre-University education board of Karnataka had earlier banned both hijab and saffron scarves till an expert committee decided on the issue.

India has been ranked second in the ICC Test Team Rankings 2022 with 116 ratings. The Cricket team is only behind Australia. India’s Ravindra Jadeja is currently ranked at the top of the ICC Test All-Rounder Rankings 2022 with 406 points. He scored 175 not out and took 9 wickets in India’s first test against Sri Lanka at Mohali.

Jhulan Goswami from India became the highest wicket-taker in Women’s ODIs. She achieved the feat by claiming 250 wickets. Goswami achieved the historic feat with the wicket of Tammy Beaumont in India’s match against England in the ICC Women’s World Cup 2022.

Bhagwant Mann from Aam Admi Party took oath as the new Chief Minister of Punjab on March 16 in a historic ceremony. His oath ceremony was held in the presence of thousands of people at Khatkar Kalan, Bhagat Singh’s native village. He has become the youngest Punjab CM since the 1970s. Mann is also the first non-Congress, non-Akali Chief Minister of Punjab.

Karolina Bielawaska from has been crowned Miss World 2021 at the 70th edition of the beauty pageant held in San Juan, Puerto Rico. Manasa Varanasi from India failed to make it to the top 6, she was included in the list of top 13 at the 11th position. USA’s Shree Saini and Olivia Yace of Cote d’Ivoire were the first and the second runners-up respectively.

MetaWorldPad is a new launchpad that will aid the development and growth of the Metaverse ecosystem. It will also enable the investors to invest in infrastructure and other projects in the Metaverse space, giving the community first access to the building blocks of the future.

A British-Iranian National, Nazanin Zaghari-Ratcliffe, came back to her home in the United Kingdom (UK) after spending nearly 6 years in the Capital of Iran, Tehran as a prisoner. As per the Iranian Government, Zaghari-Ratcliffe was hosting a ‘foreign-linked hostile network’ while on her visit to Iran.